The Sprintech® City XL  picks up the characteristic design of the award-winning Sprintech® City , celebrated upon its début at the 1996 Innovation Competition in Martigny, Switzerland, 25 years later, adapting it to the needs of a wider range of users in the multifaceted world of sport, urban and touring cycling.

Once again, it is the most effective and practical rear-view mirror solution for bicycles with straight or slightly curved handlebars, but it is now larger, meaning it needs to be less convex to provide an equally wide field of vision. Furthermore, the size of the objects behind it is closer to reality. Its 29 cm2 reflective surface is covered in tempered shatterproof glass.

The handlebar mounting system is the same as that used with Sprintech® City  and the  Sprintech® Compact. It is made of the same material as the cap and can be fixed using a simple screwdriver. The width of the bike is practically unchanged with no addition of lateral footprint, which could be a hindrance in traffic and even dangerous. 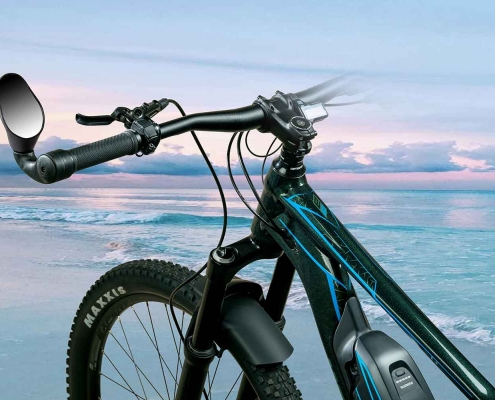 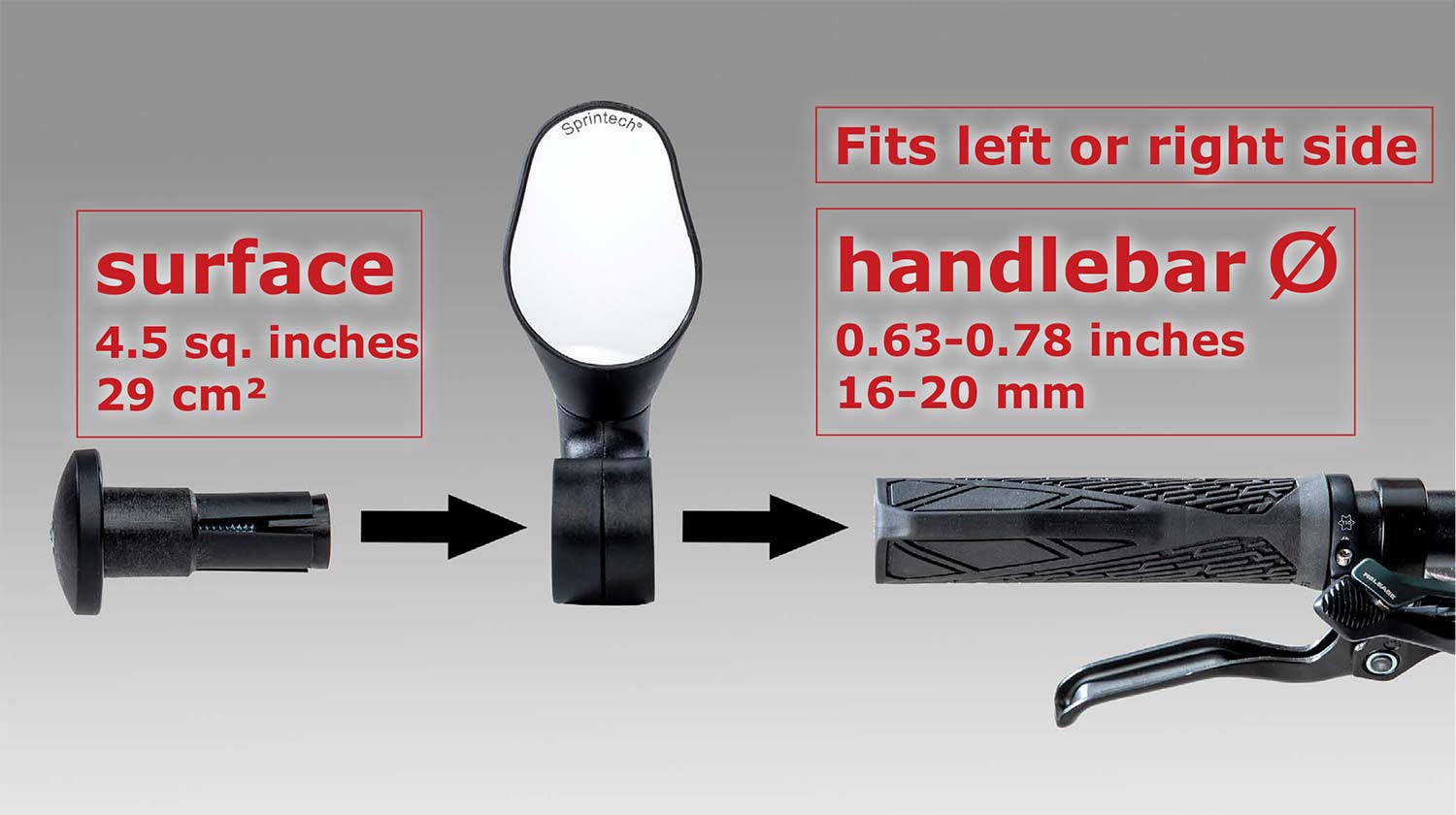