CD Project sàrl was founded in 1996 in Sierre, in the Swiss canton of Valais, where still today are located its registered office and the design, purchasing and logistics departments.

The founder, Carlo Dondo, is Italian. Born in Villadossola, in that part of Piedmont between Lake Maggiore and the Swiss border at the Simplon pass, he moved to Switzerland in the early sixties, tenaciously pursuing a difficult squaring of the circle: assimilating all the good this country was able to give, in terms of organization and social stability, without distorting its Italian creativity and industriousness by an ounce.

All suppliers of Sprintech components are located in Europe, which means that they follow European manufacturing standards also in terms of environmental impact and worker protection regulations.

Moreover, they can be reached in less than 4 hours of road trip with our own vehicles, thus avoiding any problem with ships, aircrafts or freight forwarders.

All Sprintech rear view mirror components are produced in Europe, and then transported to Switzerland for final assembly, storage and shipping. The marketing and sales department is based in Italy, just outside Milan.

HOW IT STARTED MISSION & CULTURE AWARDS 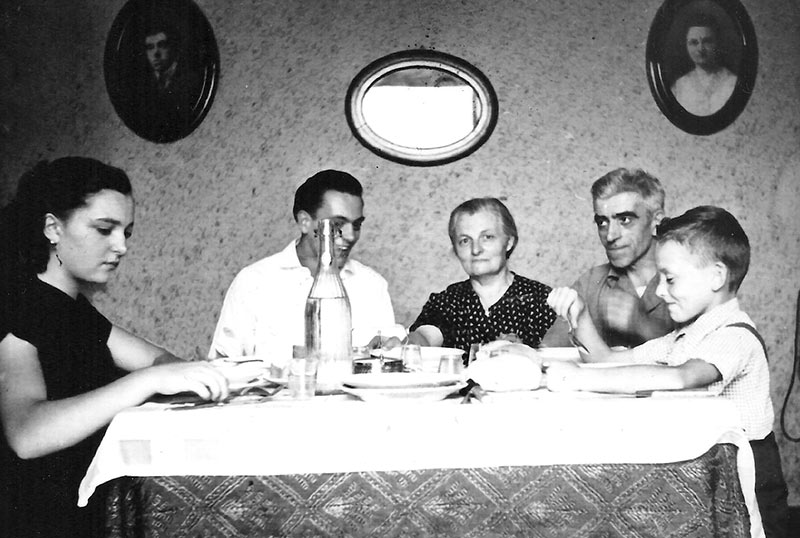 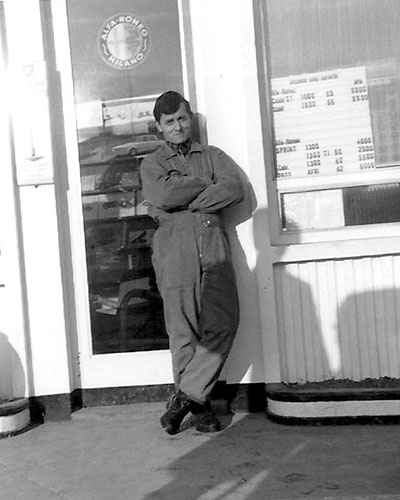 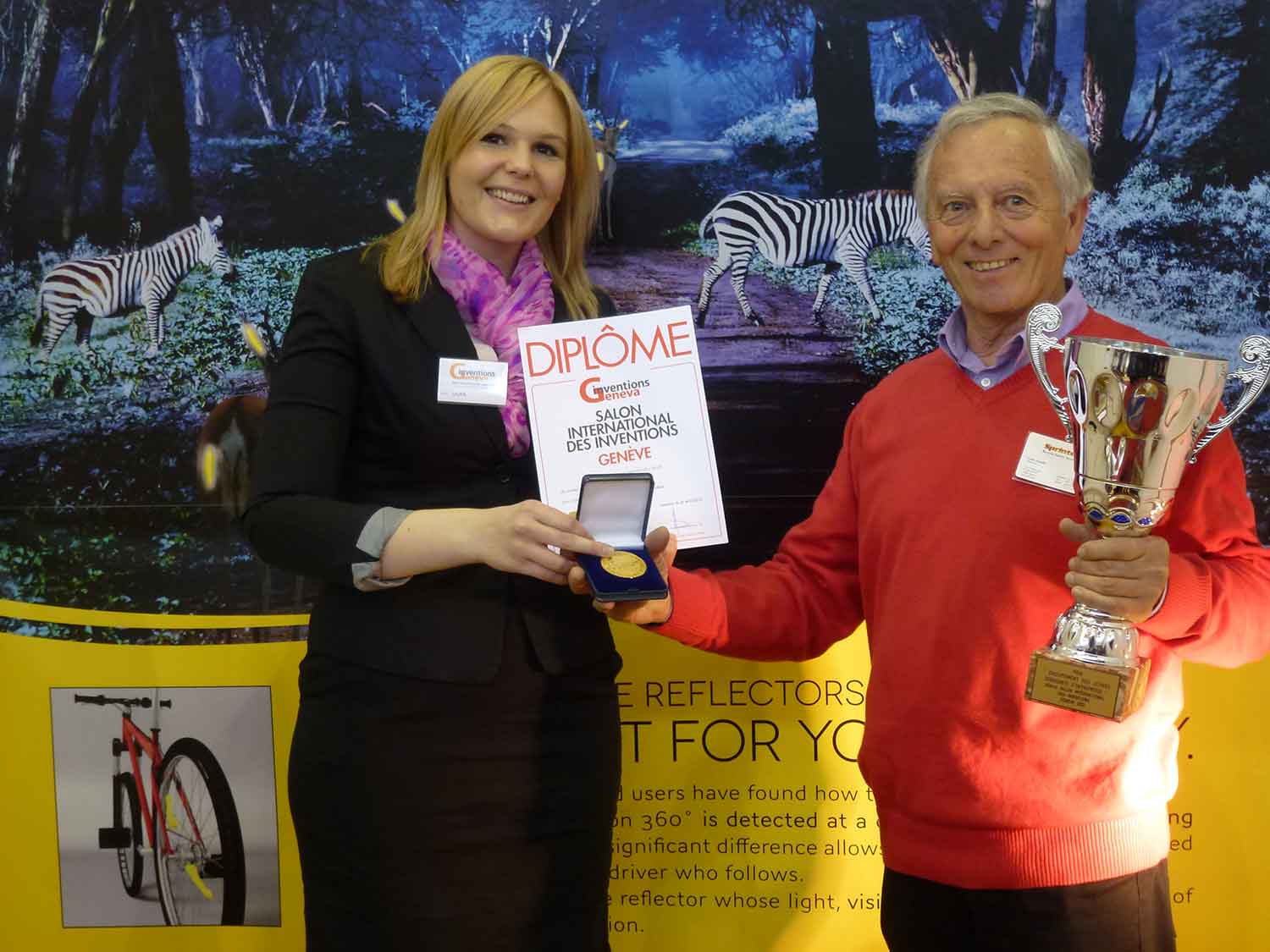 Being an inventor is not a job but a state of mind, an obsession that gets into your bloodstream as a child and that Carlo Dondo soon learnt to recognise and take advantage of amid the one thousand and one necessities and surprises of everyday life, finding in Switzerland a more receptive and productive base than in Italy, which he left when he was just sixteen years old.

Switzerland was the first nation to officially recognise his inventive genius: in 1984 he won two medals, the bronze one at the Geneva International Exhibition of Inventions and the silver one at the Brussels World Exhibition of Innovation for Plac-Fix, a magnetized device used to attach test plates, the licence plates that mechanics, police and car show rooms are obliged to affix to cars when they drive on the road for testing or otherwise.

The idea for the drop bar mirrors came from a traumatic experience of Carlo Dondo. Two serious accidents on his tailor made racing bike. Two accidents which could have been avoided if only he hadn’t had to turn around to check the traffic behind him. His innate passion for bicycles urged him to find a solution suitable for all racing bicycle enthusiasts.

Far from being a “pure” inventor, Carlo Dondo oversees the distribution of his inventions in first person by managing the manufacturing, production and sales.

The licence plate device was already a consolidated business at the end of the last millennium, so much so that a few years after selling this business to a third party he still gets a considerable economic return which allows him to focus on and improve every aspect (logistic and commercial) of the product range that embody his entrepreneurial philosophy: the Sprintech® Racing drop bar mirror for racing bicycles and the Sprintech® City for MTB.

Just as had happened for the licence plate device, when the drop bar mirrors were presented at the Innovation Exhibition in Martigny in Switzerland 1996 they won the second prize for Innovation and the gold medal at the Brussels International Exhibition in 2012.

Today the Sprintech® drop bar mirrors are sold in all five continents, particularly in countries where road safety is indispensable: The United States and Canada in particular have valued the superior quality of these products for more than a decade, which comes from a conceptually simple project, but designed with attention to detail, strength and ergonomics which make them immediately recognisable compared to numerous imitations. 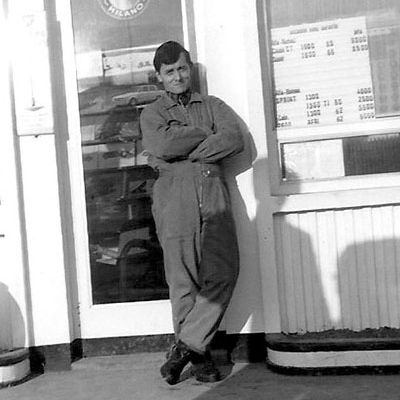 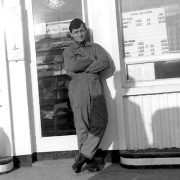 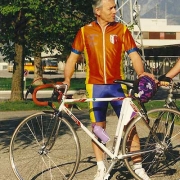 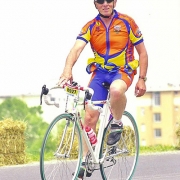 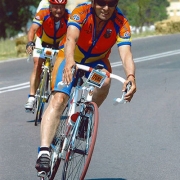 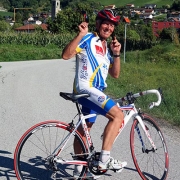 Our mission and culture

Who are the “weak link” and the most exposed and vulnerable road users.

The SPRINTECH® RACING, SPRINTECH® CITY and SPRINTECH® COMPACT handlebar mirrors are easy and instinctive to use. Adaptation time is short. After directly experiencing the advantage they offer, it is difficult to go without them.

Installing SPRINTECH® devices is extremely simple and anyone can easily adapt them to the great majority of bicycles. The absence of parts that require maintenance (batteries, cables, tape, led, etc…) means that they are durable and economical.

SPRINTECH® mirrors are 100% made in Europe. They are all original creations which are validated and certified in the laboratory and tested extensively beforehand by their inventor, Carlo Dondo. 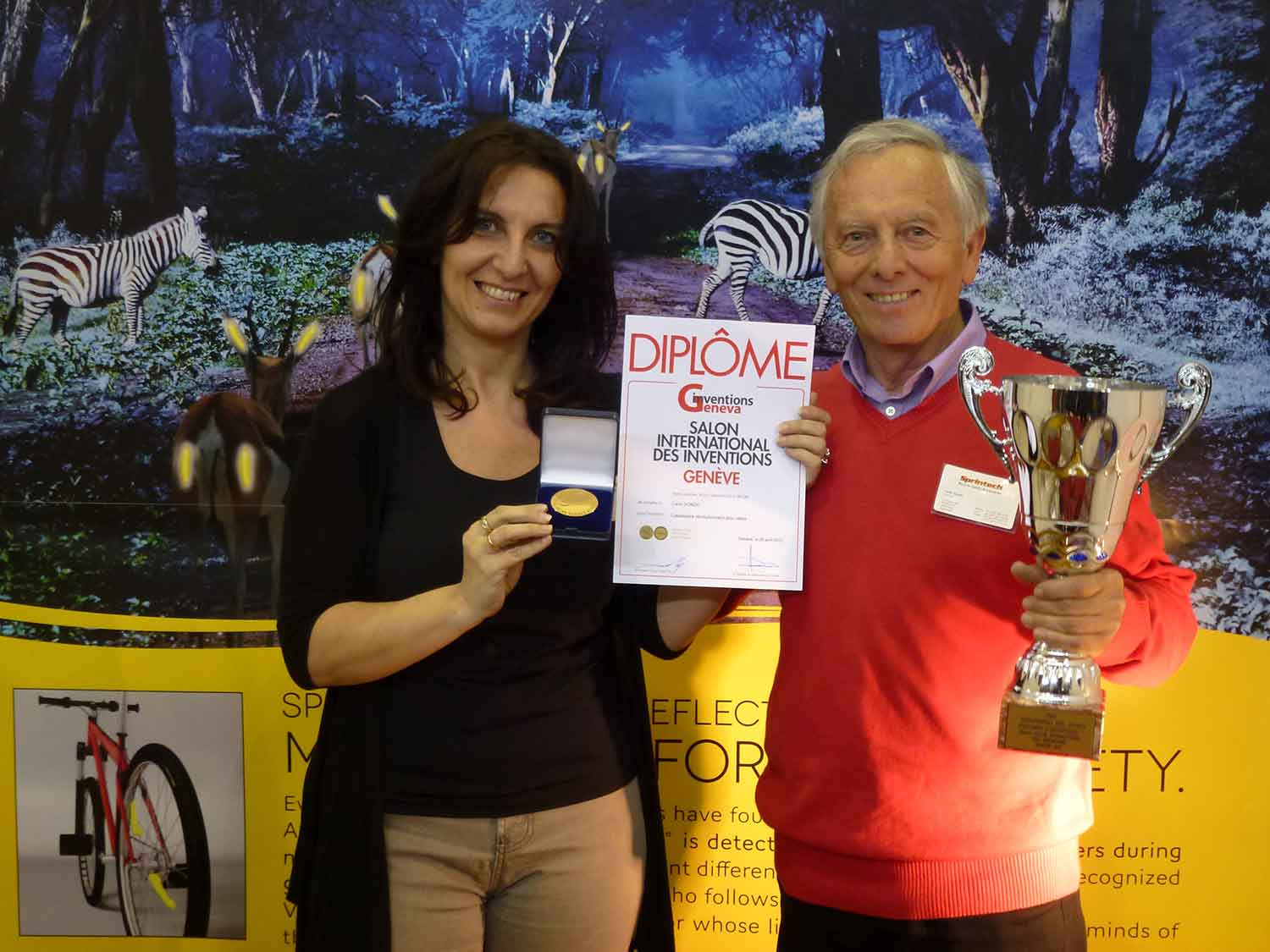 CD Project sàrl intends to spread safety awareness, through reasonable priced products which are durable, high performance and easy and instinctive to use.
SPRINTECH® products are made entirely in Europe in respect of the highest ethical policy.
The SPRINTECH® RACING, SPRINTECH® CITY and , SPRINTECH® COMPACT handlebar mirrors have components that are made in Italy and Slovenia and assembled in Switzerland under the supervision of their inventor Carlo Dondo.
CD Project sàrl is paving the way to improve road safety for cyclists. Their products are original creations by Carlo Dondo, who is a practicising cyclist with decades of experience. 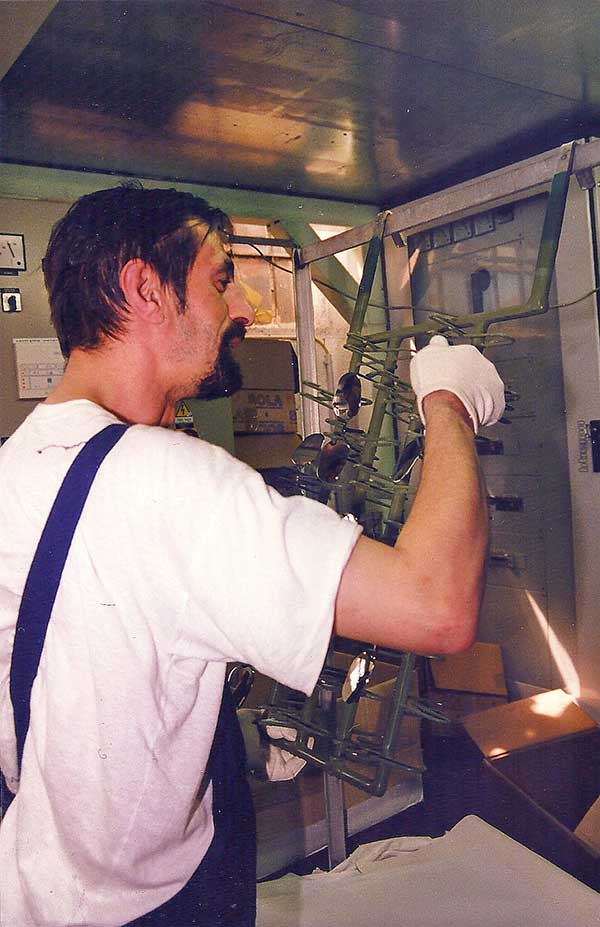 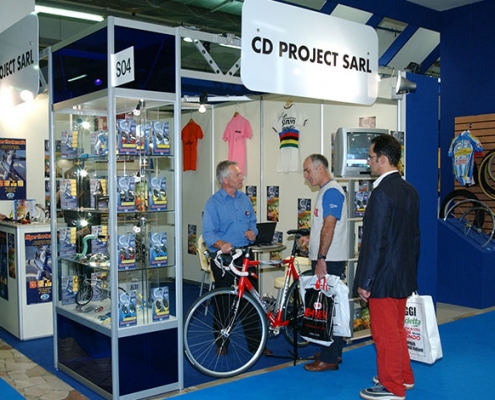 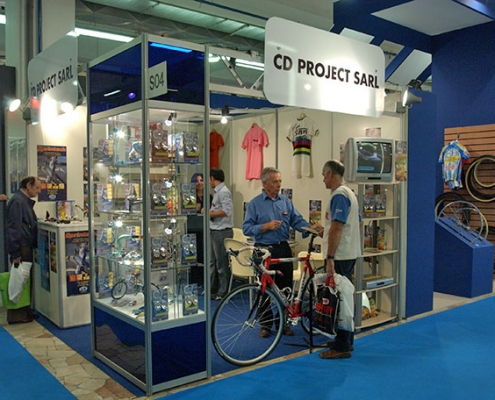 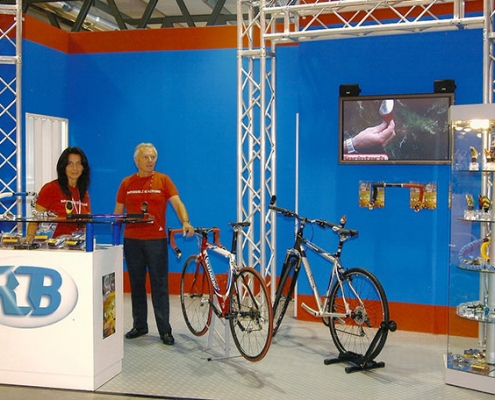 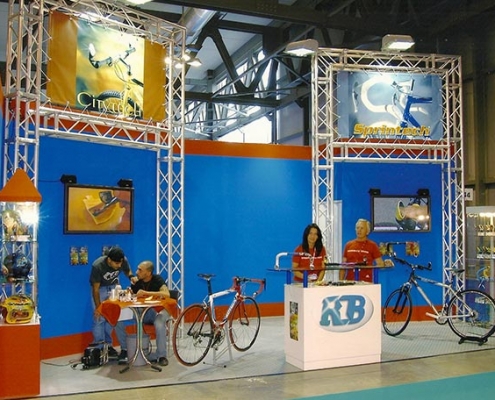 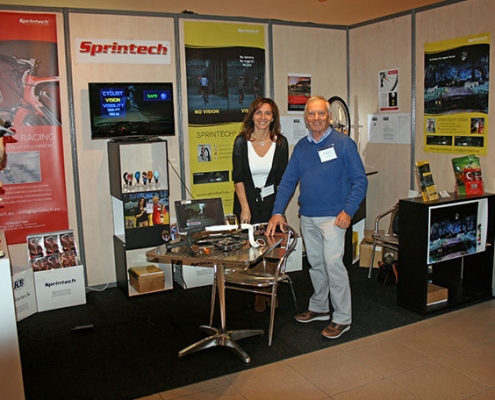 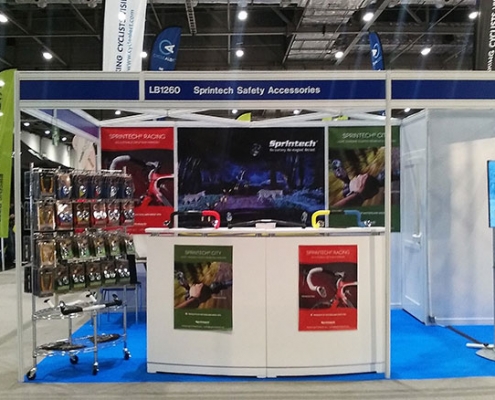 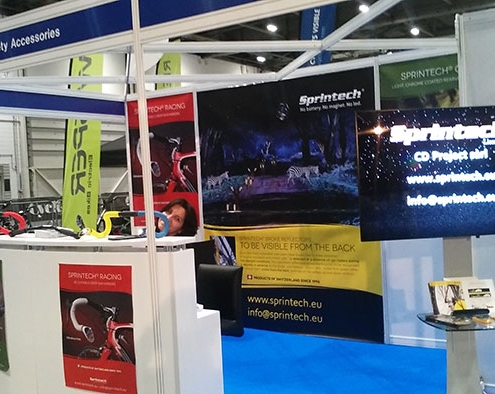 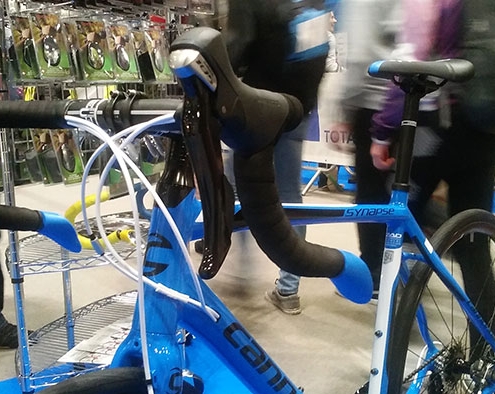